Do you know where Bee Line Mountain is in The Catskills? You’re about to find out…

Arnold Henry Guyot (1807-1884) was a Swiss-American geologist and geographer who took the first accurate survey of Catskills summit elevations.

In doing so, he inadvertently proved that Kaaterskill High Peak was not the tallest Catskill, not by a long shot — it’s actually only the 23rd highest — an inconvenient fact that caused uproar in a Catskills tourism industry which had long sold Kaaterskill High Peak to the public as the highest summit.

Guyot was also a strident proponent of scientific racism, anti-Darwinism and pro-creationism. He rose to considerable prominence in the US, and is someone who inflicted much damage on this country through his appointments, public lectures and teacher outreach.

But he was the also first person to produce an accurate map of the Catskills. And the was an amazing achievement, with all the data being gathered entirely in person, on foot.

The work is as beautiful as it is quirky.

WikiPedia currently states, “Rusk [mountain] was named by Guyot after Samuel Rusk, who assisted [Guyot] on what would be the first accurate survey of the Catskills in the 1870s and ’80s. There is some evidence, however, that Guyot meant to name what is today East Rusk after Rusk and save Evergreen for today’s Rusk, but got confused with his maps.”

This rings true. Guyot’s 1879 map also confuses Cornell and Friday mountains. (And he doesn’t seem so sure about Lone/Rocky either.)

This 5-minute video goes over some of the basic details on the map, all of which are completely wonderful.

Did you know Sugarloaf Mountain used to be called “Mink”? And that Plateau was called “Stony Mountain”?

Guyot names many spots with words we no longer use. The map also includes roads, railroads, and early settlements like Kingston.

But it’s the mountains, notches and hollows that are most fascinating for Catskills hikers. And there is so much to absorb…

Guyot names East Rusk, Rusk. And he names Rusk, Evergreen. (The names are shifted over one mountain each.)

The map is full of details like this. It’s an amazing document.

The rest of this page is visible to my Patreon supporters. You too can support this independently-created content and get access now.

I hope you enjoyed this quick look at this amazing map. I have a much deeper dive into Catskills maps planned for later this year.

I was gifted a print of this map for Christmas by my wife. She got it from RetroPrintmaker on Etsy. Here is the link for the version I have. We have no affiliation with this seller, and receive no kick-back for this link. I was just so jacked about this map, I made a video about it.

Open these in a tab for later

Wind Chill / Frostbite Warning
The theme for this weekend is frostbite! Temps below 0°F all weekend. Read How Cold is Too Cold To Hike? and How Windy is Too Windy To Hike?

Ice
Ice at all elevations. Pack microspikes until June.

Winter Gear
You can survive and thrive on the hills in winter. Review this list of Winter Hiking Gear and read 35 Tips for a Safe Winter Hike.

Closure
Platte Clove Road is closed for the season. Here is your alternate route to the Devil’s Path trailheads.

Bobcat tracks on a sub-summit of Panther Mountain
Took a quick poke around Sloan Gorge today with my person
Non-hiking days be like
This white whale rock on Twin Mountain is so fun. There are lots of whale-shaped boulders in the Catskills: there’s a beluga whale on Millbrook Ridge, a pair of big Moby Dicks at the top of Mine Hollow and, of course, there are two enormous whale rocks right below The Pregnant Tree on Friday Mountain. (📸 Jan 2021.)
Solo Hiking Advice for Women: Persist
Love this rock portal/scramble on Twin Mountain (Jan 2021) 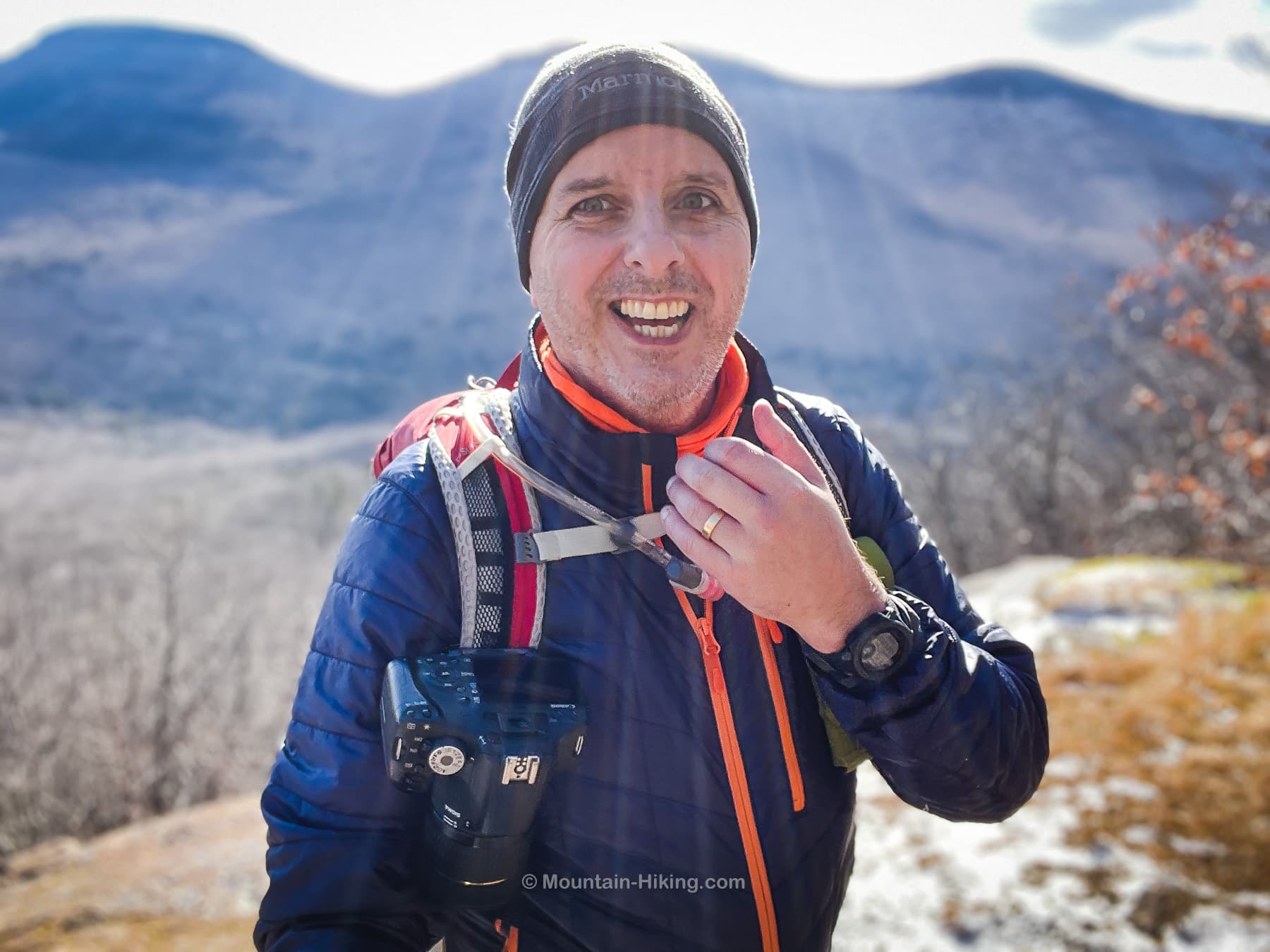